Horror Classics - Pin-Ups with a Twist. #2 Billie the Puppet 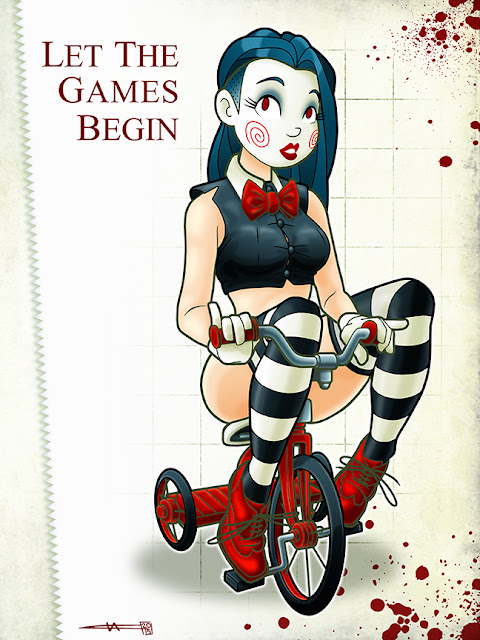 ...moving along at a steady pace, the second canvas in my classic horror movie themed pin-up girl series is Billie (the creepy tricycle riding puppet from the SAW franchise).

Similar to Freda Krueger, Billie will be offered as a limited art print (signed and numbered) close to Halloween 2015 through Troublefish. She will also adorn a 30x40inch canvas in the form of a one-off hand painted acrylic.
Next: Jacie Voorhees!
Posted by Thomas Troisch at 11:07 PM No comments: 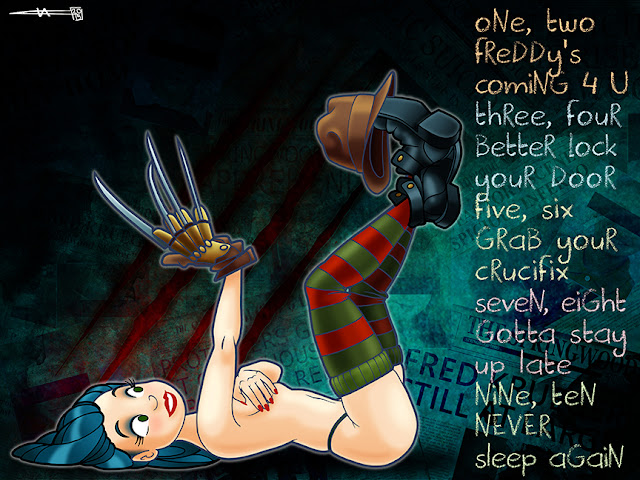 My favorite month of the year - October - is fast approaching!
Along side the pumpkin spice, changing foliage and autumn-scented breeze... the temperatures will be in the 80s (I no longer have to change out of sweaty clothes 3x a day), Halloween is right around the corner and TV stations are airing all the horror classics 24/7 for the entire month.
As a tribute to the season, I decided to design a series honoring the horror classics of my generation - with a twist - the antagonists of each franchise will be depicted as mid-century pin-up girls. the original set will embody the essence of A Nightmare on Elm Street, Friday the 13th, Halloween, Saw, Hellraiser, Silent Hill, and the Evil Dead.
Each will be painted in acrylics on a 40x30inch canvas or larger - I'll be making limited signed and numbered prints available in the very near future. (I'll disclose the dates and location on my company, Troublefish, social media channels: facebook, twitter, and Instagram).
Introducing, Freda Krueger - inspired by the late Wes Craven's Freddy Krueger from the A Nightmare on Elm Street franchise. I completed this one on the day of Wes Craven's passing, my he rest in peace.
Posted by Thomas Troisch at 1:12 PM No comments: 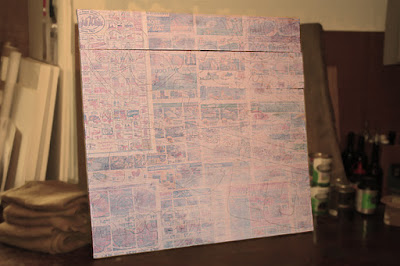 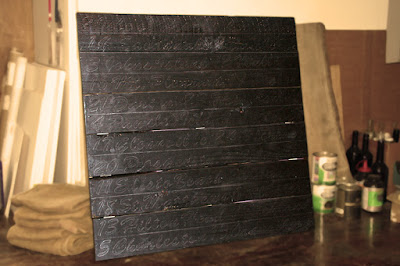 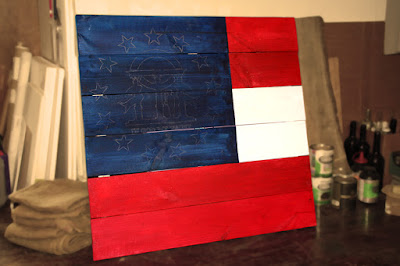 Even though Piggly Wiggly has closed over 3 dozen of its stores in South Carolina and Coastal Georgia over 2 years ago... folks still "Dig the Pig".

I'm working on a commission for all 3 images of the series - I originally conceived them back in 2013 - see them here.

What you see here are the first 2 stages of the paintings...
Stage 1:
the 3x3foot wood palette canvas construction (not pictured here, as that would simply be an image of a pile of palette boards and some screws).
Stage 2:
painting the base for each background (in order; blanched weekly meat promos from a variety of competitors, semi-gloss black, the top left corner of the Georgia state flag - minus the insignia) - I also penciled in stage 3 of the series; the background image details for each.


Posted by Thomas Troisch at 9:16 PM No comments:

Thomas Troisch
I am an artist, social media consultant, and adventurer raised in Europe and refined around the world. I draw, connect and travel.

people who actually read my stuff...